Video Game / Harry Potter and the Prisoner of Azkaban 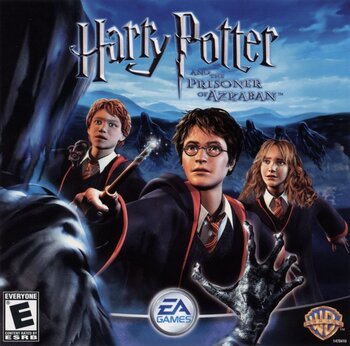 Harry Potter and the Prisoner of Azkaban is a 2004 Harry Potter video game released by Electronic Arts to coincide with the release of the film by the same name.
Advertisement:

The game has a similar approach to the previous entry, with Hogwarts being a Wide-Open Sandbox that you can explore at your leisure in between completing the levels necessary to advance the story. The big change this time is that Ron and Hermione have been Promoted to Playable, allowing you to play as all three members of the trio. They each have different abilities, and, depending on the platform, you either can or can't decide when to switch characters. Another difference is that Quidditch is no longer playable, with flights on Buckbeak replacing it for the requisite flying mechanic. Perhaps due to the source material being more emotional and less action-oriented, ​The Stations of the Canon are mostly just skimmed over.