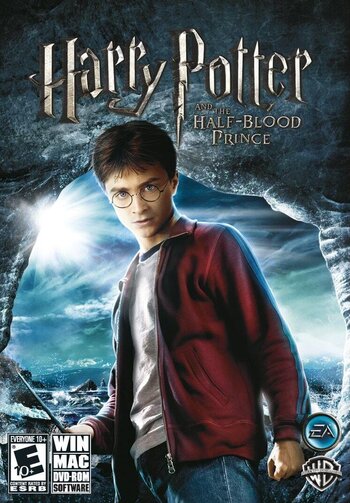 Harry Potter and the Half-Blood Prince is a 2009 Harry Potter video game released by Electronic Arts to coincide with the release of the film by the same name.
Advertisement:

The game is very similar to the previous one, with its Wide-Open Sandbox version of Hogwarts getting reused with few changes. Once again, Harry is the Player Character, although there are brief sequences in which you get to play as Ron and Ginny. (Sorry, Hermione.) And while some of the film actors voice their characters for this game, it's fewer than last time.

There are three types of Mini-Games. One of these is a Potion-Brewing Mechanic, which makes sense considering the important role that potion-making plays in the plot of the sixth book and film. Another is Wizard Duels, complete with the old Dueling Club being restarted. And finally, Quidditch is playable for the first time since Chamber of Secrets.

Yes, this is really in the game.

Yes, this is really in the game.