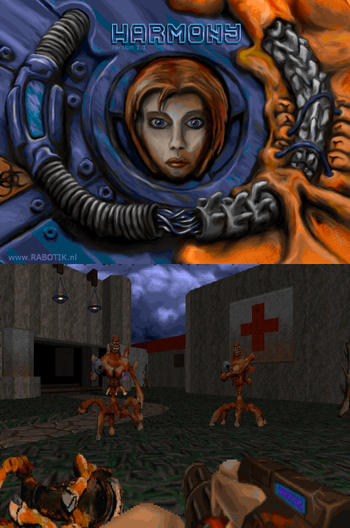 Harmony is a First-Person Shooter Freeware Game for Windows PCs, originally released in 2009. It wasbased on the ZDoom

No relation to 2010 Korean film, a webcomic, a novel by Project ITOH/''Satoshi Itō'' or another novel of the same name by Keith Brooke.