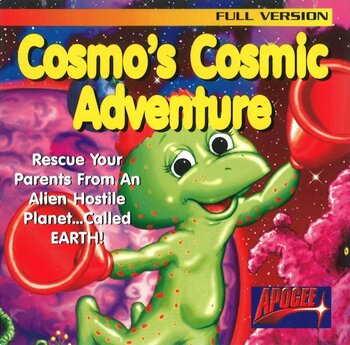 The eponymous alien's family is forced into an emergency landing on a planet and when Cosmo is away from the ship, his parents are kidnapped. When the player is given control, it's up to him to find Cosmo's parents over the course of three episodes.

An interesting technical note about the game is that while it supports Adlib-compatible sound cards for music, it provides sound effects only through the PC speaker.