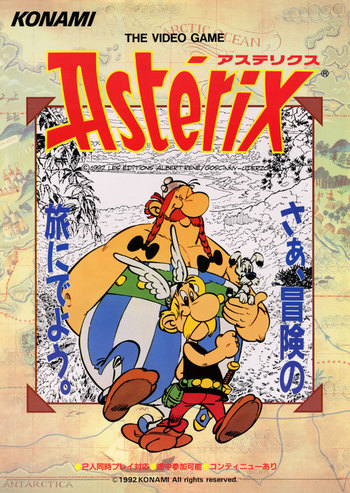 The famed Asterix, the Gaul who resists now and ever the Roman invasion, appeared in an arcade-exclusive 1992 Beat 'em Up by Konami.

He also appeared in an Atari 2600 game that was a rethemed version of Taz, as well as a platformer on the Sega Master System, but this page is not about them.

The game allows the player to play as either Asterix or Obelix (or both in case of two players), fighting their way through 7 stages based on various Asterix Comics.