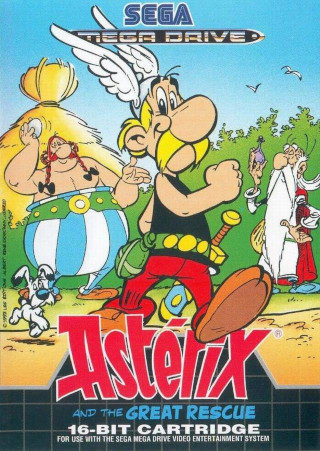 Asterix and the Great Rescue is a Platform Game based on the Asterix comics released on the Sega Genesis, Sega Master System, Game Gear in 1993. In it, you play as Asterix or Obelix whose job is rescuing Getafix and Dogmatix from the Romans. They have to get through six locations while beating up Romans and making sure they get through each level on time.