Video Game / The Town of Light 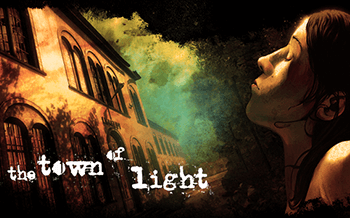 "It wasn't fear anymore, it was madness. And when you're mad, you cease to exist."
Advertisement:

The Town of Light is an Environmental Narrative Game with elements of Psychological Horror, developed by LKA and released in 2016 for PC, with Playstation 4 and Xbox One versions following in 2017.

Renée is a 16 years old girl who gets locked up in the Volterra asylum in Italy as the girl represented a danger to herself and others and a cause of public scandal. During the course of the game, the player explores the modern-day asylum in all of its crumbling glory to retrace Renée stay in the asylum, learning her story and the horrors she had to live through.

It is Very Loosely Based on a True Story, set at the Volterra Psychiatric Hospital, a former psychiatric hospital in Tuscany, Italy, that was once home to more than 6,000 mental patients. It was shut down in 1978 after its practices were deemed cruel.