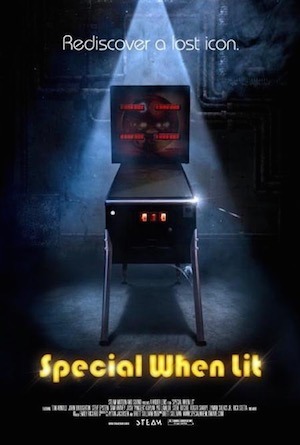 Special When Lit is a 2007 Documentary by Brett Sullivan about Pinball — its history, creators, and fans. The movie explores pinball's past, present, and future, its role in pop culture, interviews pinball players, collectors, and creators, and culminates with a showdown at the PAPA 8 World Pinball Championships in 2005.

The documentary includes interviews with the following pinball luminaries:

The movie premiered in October 2009 at London's Raindance Film Festival, and won the award for Best Feature Documentary at the Los Angeles United Film Festival. It was released on DVD in 2011 and is available on multiple digital streaming services.

This documentary features the following tropes: