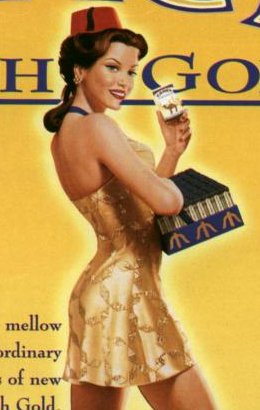 A cigarette girl.
"Lucky Strikes Means Fine Tobacco"
— A phrase so well known in the US in World War II, it could actually be used to spot spies.
Advertisement:

Tropes about smoking cigars, cigarettes, pipes and other things.

Please note there is no smoking allowed in The Smoking Section.