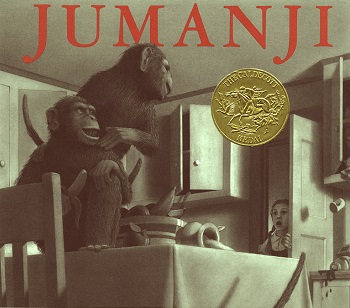 It involves two children named Judy and Peter playing a game that brings dangerous things (such as jungle animals) into their home.

Made into a film adaption in 1995 (starring Robin Williams as new character Alan Parrish, with Kirsten Dunst and Bradley Pierce portraying Judy and Peter) and an animated series from 1996-1998.