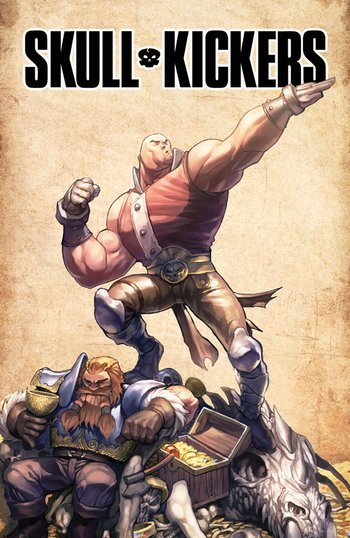 is action/adventure comedy, swords-and-sorcery style. No one knows who these two mercenaries are or where they came from. The only thing that's clear is they're two of the most ornery, trouble-making warriors who've ever lived.

It was originally published in print as an Image comic, but creators Jim Zub and Edwin Huang also put the entire run online, a few pages at a time — finally reaching the end of the story in March of 2016. That version can be found here.

In 2020, a Kickstarter campaign was held for Skullkickers: Caster Bastards and the Great Grotesque

, a new comic and adventure for Dungeons & Dragons.