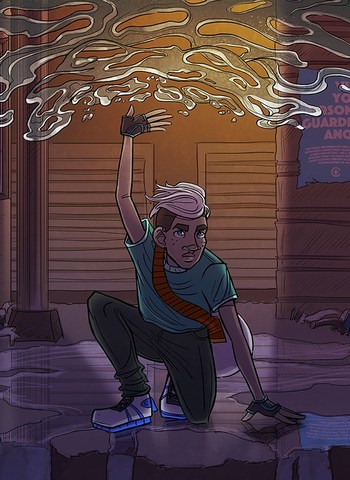 is a Fantasy Webcomic by sen holiday following the perilous adventures of our heroes (reluctant and otherwise) in a world where magick is regulated and everyone lives on islands in a sea of toxic clouds.