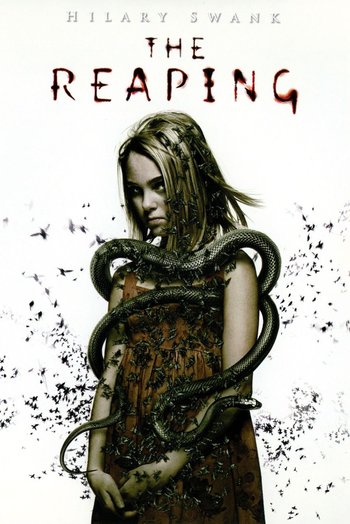 The Reaping is a 2007 Religious Horror film starring Hilary Swank, Idris Elba and AnnaSophia Robb. Swank plays Katherine Winter, a former Christian Missionary who investigates and debunks claims of miracles. She and her colleague Ben (Elba) are called to the Louisiana town of Haven, whose town people claim to be suffering a biblical plague caused by a young girl named Loren (Robb).

The Reaping provides examples of the following tropes: