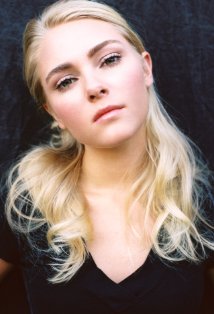 AnnaSophia Robb (born December 8, 1993) is an American actress. Her first role was a guest appearance on Drake & Josh, and her first lead role was in Samantha: An American Girl Story.

In 2005, she acted in two big films, Because of Winn-Dixie (as Opal) and Charlie and the Chocolate Factory (as Violet Beauregarde). In 2006, she had a guest voice role on Danny Phantom. In 2007, she expanded her acting with the role of Leslie Burke in Bridge to Terabithia, and also sang "Keep Your Mind Wide Open" for the soundtrack album.

After that, AnnaSophia acted in The Reaping, Jumper, and Sleepwalking. In 2009, she starred alongside Dwayne Johnson in Race to Witch Mountain. More recently, she acted alongside Melissa Leo in The Space Between, and starred as shark-attack survivor Bethany Hamilton in Soul Surfer. She starred in The Carrie Diaries, a Sex and the City prequel, where she is mentored by Freema Agyeman.

She also stars in the upcoming Down a Dark Hall.