Film / Down a Dark Hall 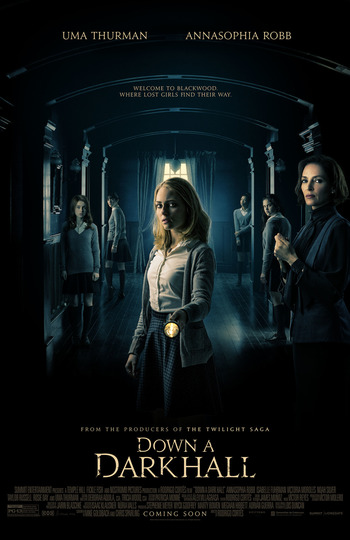 Welcome to Blackwood. Where lost girls find their way.
Down a Dark Hall is a 2018 horror film directed by Rodrigo Cortés (Buried) and starring AnnaSophia Robb, Isabelle Fuhrman and Uma Thurman. It is based on the novel of the same name by Lois Duncan.
Advertisement:

Katherine "Kit" Gordy (Robb) is sent to the Blackwood Boarding School due to her hot temper, where she meets four other young women like herself. However, they soon learn that Blackwood is hiding a secret...

Down a Dark Hall has examples of the following: