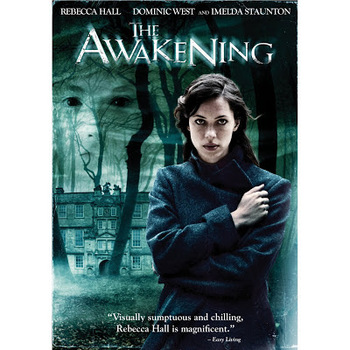 Robert Mallory: There have been other sightings. The boys believe...
Florence Cathcart: Boys believe in Santa Claus and the Tooth Fairy. I'm sure some of them even believe in God.
Advertisement:

A 2011 British horror film starring Dominic West and Rebecca Hall and set in 1921, in the aftermath of World War I.

Florence Cathcart (Hall) is a driven paranormal debunker called to a boarding school by teacher Robert Mallory (West) to investigate an alleged haunting there. She duly goes about her work, only to find that the house contains an old and personal secret. Not to be confused with the novel by Kate Chopin.