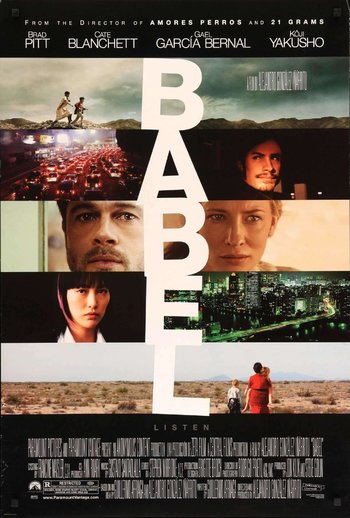 Babel is a sprawling and draining ensemble piece, following an American couple, Richard (Brad Pitt) and Susan Jones (Cate Blanchett), who are vacationing in Morocco trying to sort out their marital difficulties. But then, she’s shot by two local boys fiddling around with their father’s new rifle. As Richard tries to get help with much difficulty, the couple’s Mexican nanny takes their kids to Mexico for her son’s wedding, accompanied by her nephew (Gael García Bernal). Meanwhile, in Japan, a deaf schoolgirl, Chieko Wataya, tries to overcome the death of her mother and her own sexual frustration.