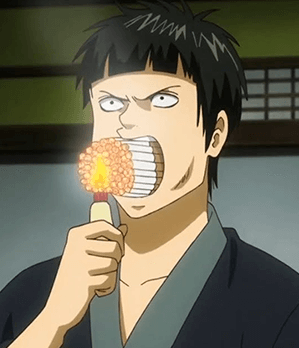 Time takes a cigarette, puts a pack or two in your mouth...
When one cigarette at a time isn't enough to satisfy your craving for a smoke, sometimes you just got to light up as many as you can at the same time to get your fix, by cramming as many cigarettes as humanly possible into your mouth. This is usually to show how addicted the person is to this particular habit.
Advertisement:

Related to Cigarette of Anxiety.