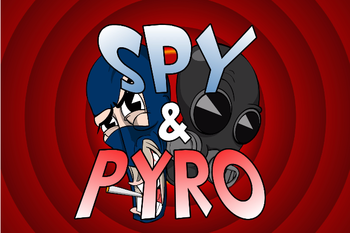 Spy & Pyro is an animated short by Andrew Kepple. It was released on Valentines Day of 2010, and has been described as Team Fortress 2 meets Looney Tunes with some other elements thrown in. You can see for yourself here

Spy and Pyro provides examples of the following tropes: