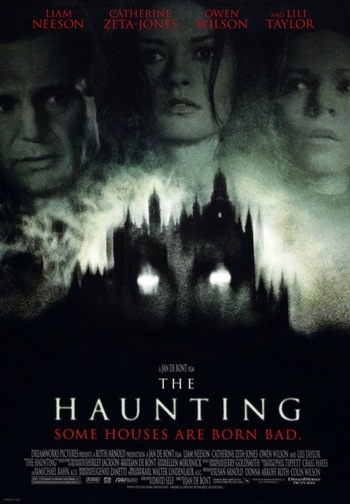 Nell (Taylor), Luke (Wilson), and Theo (Jones) are invited to Hill House to partake in a 'sleep study' directed by Dr. Marrow (Neeson). The frightening old house seems to have a life of its own and terrifies the participants with strange happenings in the night.