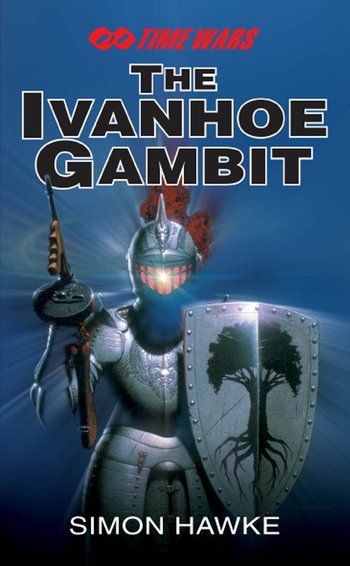 A series of twelve novels by Simon Hawke, written from 1984 to 1991. The main characters live in the 27th century, but the greater part of each book takes place in the past.

After the invention of Time Travel, the world has ended war in the present. International conflicts are resolved by sending soldiers into the past to fight in wars that have already happened, but the soldiers have to be careful not to cause a Temporal Paradox, which could have disastrous effects on the timestream. The main characters are members of the Time Commandos, a unit with the job of averting paradoxes by carrying out "adjustment" missions in the past.

The main recurring characters are Lucas Priest, an everyman type who's the main audience identification figure; Finn Delaney, a career soldier with an exceptional service record and a serious discipline problem (he has very little patience with any officer who doesn't earn his respect — which is nearly every officer he's ever met); and Andre de la Croix, who was born in the 12th century but wound up emigrating to the 27th and joining the Time Commandos after getting mixed up in an adjustment mission.

A recurring antagonist, Nikolai Drakov, was introduced partway through the series. One of his plots resulted in attracting the attention of another set of recurring antagonists, Time Commandos from an Alternate Universe who became convinced that their own universe's survival depended on them sabotaging the protagonists' history.

Works in this series
Advertisement: