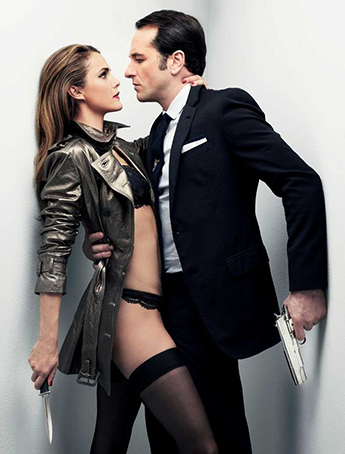 Wai Lin: I get to work with the decadent agent of a corrupt Western power.
James Bond: I think you've found the right decadent corrupt Western agent as a partner.
— Tomorrow Never Dies trailer (paraphrased from the actual film)
Advertisement:

Two people from opposite sides are working together. The one on "our side" is a man and the one on "the other side" is a woman. Likely reasons for this:

The name alludes to the classic Cold War combination of the American man and the Russian woman (or British man, if it's a James Bond film). Expect the Russian woman to be a Sensual Slav who talks in Poirot Speak with a thick Russian accent ("I come to your country for mission, da?") There's also a good, but not certain, chance that she'll become a Defector from Commie Land. The Soviet collapse has removed the original reason for this combination, but it still comes up from time to time.