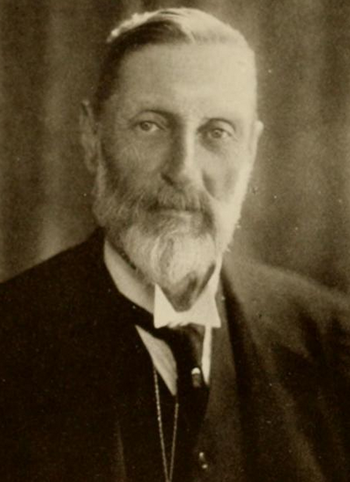 "As I grow older, I regret to say that a detestable habit of thinking seems to be getting a hold of me."
Advertisement:

His two best-known novels are King Solomon's Mines, in which a group of Englishmen, guided by the hunter Allan Quatermain, go in search of the eponymous treasure chamber; and She, in which Leo Vincey and Horace Holly are guided by a Vincey heirloom to a lost African kingdom ruled by the immortal queen Ayesha, whose subjects call her "She-Who-Must-Be-Obeyed". Both have numerous prequels and sequels — including (perhaps inevitably) She and Allan, which is a prequel to both — and both have been filmed multiple times.

Works by H. Rider Haggard with their own trope page include:

H. Rider Haggard's other works include examples of: