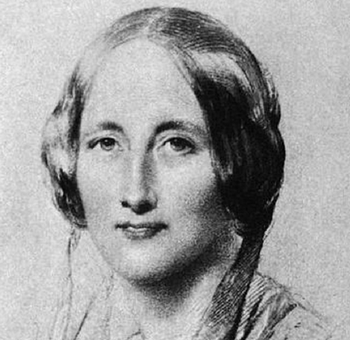 Elizabeth Cleghorn Gaskell (née Stevenson, born 29 September 1810 – 12 November 1865), was a pen friend (and later biographer) of Charlotte Brontë, and was herself a prominent writer. In 1832, she married William Gaskell (1805-1884), junior minister of a Unitarian chapel in the industrial city of Manchester. They had seven children between 1833 and 1846, but only four survived (all daughters). The death of her only son in infancy inspired her to become a writer to deal with her grief.
Advertisement:

George Eliot singled her out in her Silly Novels by Lady Novelists as one of three good female novelists who did not indulge in the flaws Eliot was dissecting.