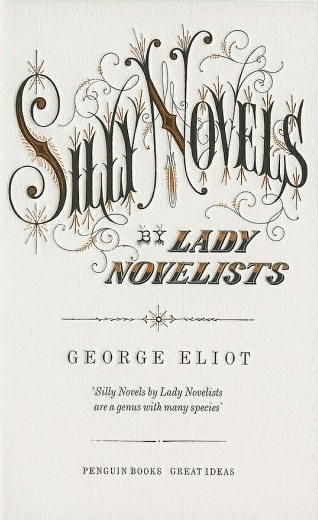 "She is the ideal woman in feelings, faculties, and flounces."
Advertisement:

"Silly Novels By Lady Novelists" is an essay written by George Eliot in 1856, in which she skewers so many Common Mary Sue Traits it's amazing—everything from her beautiful singing voice to her hordes of admirers to her astounding intellect.

Tropes diagnosed in this essay (not all of them Mary Sue Tropes, actually) and tropes used by George Eliot: