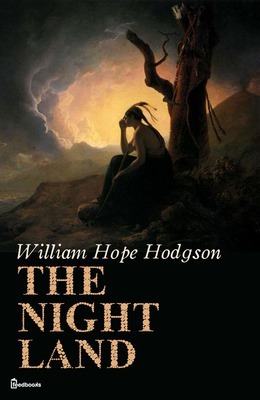 "This to be Love, that your spirit to live in a natural holiness with the Beloved, and your bodies to be a sweet and natural delight that shall be never lost of a lovely mystery… And shame to be unborn, and all things to go wholesome and proper, out of an utter greatness of understanding; and the Man to be an Hero and a Child before the Woman; and the Woman to be an Holy Light of the Spirit and an Utter Companion and in the same time a glad Possession unto the Man... And this doth be Human Love...."
Advertisement:

Millions of years into the future, the Sun has died, plunging the Earth into darkness. The remaining millions of the human race have moved downward into deep ravines, where volcanism still provides enough heat to keep the air in a breathable form. They live within a colossal pyramidal Redoubt, lit, heated, and defended by the mysterious Earth Current, and besieged by the incomprehensible creatures of darkness who have overtaken the rest of the Earth. They await the inevitable day when the Current fails and the monsters gathering outside swarm their defences.

Then, one day, they learn that a second Redoubt exists, one smaller, weaker, and on the verge of destruction...

William Hope Hodgson's The Night Land was first published in 1912. On the most basic level, it's a heroic fantasy in which the Knight in Shining Armor braves terrible monsters and overcomes formidable challenges to rescue the Damsel in Distress. In practice, its main appeal is not the somewhat tedious hero's quest, but the vividly-described and extraordinarily imaginative creatures and horrors of the Land itself, prompting H. P. Lovecraft to describe it as "one of the most potent pieces of macabre imagination ever written" even in the face of its ludicrous pseudo-17th-century writing style. A rewrite of sorts, titled The Night Land: A Story Retold follows the exact same plot but does away with the Purple Prose in favor of a rather faithful recreation of the writing style many 1950s scifi authors had, making the book a far more enjoyable experience without altering the plot.

The complete work is available here

at Project Gutenberg, or here

. It also got some other works set in the same universe, like Awake in the Night Land.

H. P. Lovecraft: The pseudo-archaic English is an acute agony — a cursed hybrid jargon belonging to no age at all! That's Hodgson's weakness — you'll note a sort of burlesque Elizabethan speech supposed to be of the 18th century in "Glen Carrig". Why the hell can't people pick the right archaic speech if they're going to be archaic?