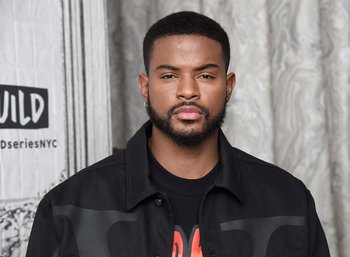 Trevor Jackson (born August 30, 1996 in Indianapolis, Indiana) is an American actor and singer. Jackson is best known for his role as Aaron Jackson in the sitcom grown•ish and starring as Priest in the 2018 remake of Super Fly.