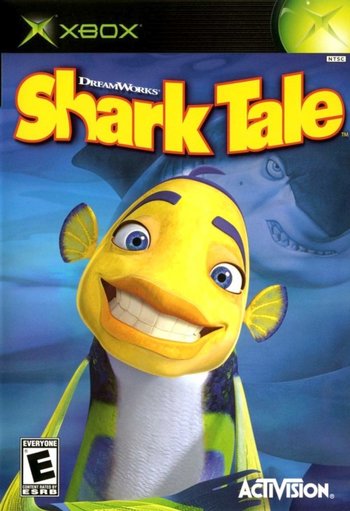 From little fish to legend.
Advertisement:

Shark Tale is a 2004 video game based on the animated film of the same name. It was released for the PlayStation 2, Nintendo Gamecube, Xbox and Game Boy Advance.

The game contains a variety of genres ranging from adventure to dance.