open/close all folders
Oscar the Sharkslayer 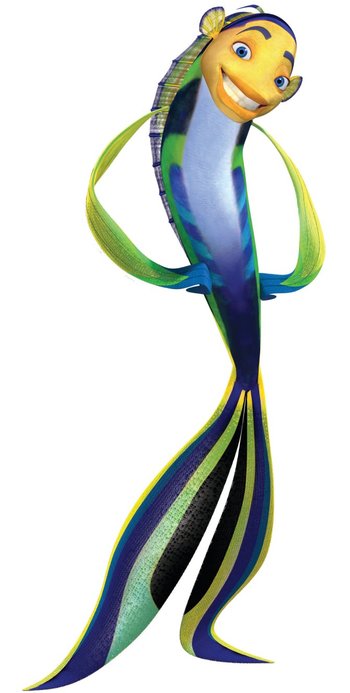 Oscar was the son of Earl who was a tongue scrubber at the Whale Wash of Southside Reef. Oscar wanted to live at the top of the reef someday. 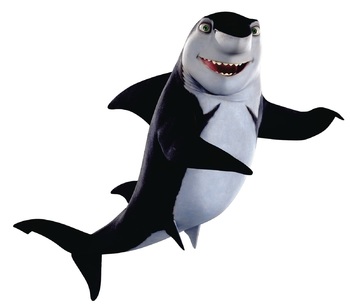 "You need to slay a shark, and I need to disappear."

Lenny is the second son of Don Lino who is repulsed by meat and wants to be accepted as a vegetarian. He has a much more gentle nature than his older brother, Frankie. 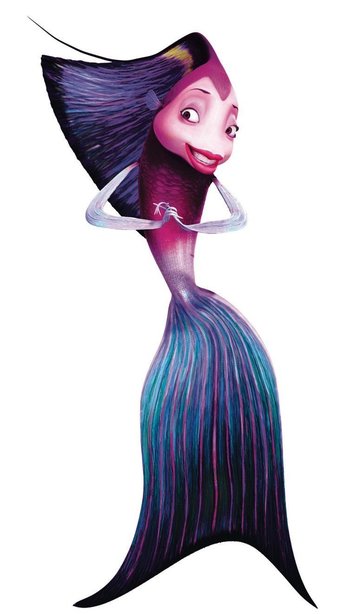 Voiced By: Renée Zellweger (movie), Melissa Disney (games)
"What did you expect? You just take credit for killing a shark and then everything would be fine and dandy for the rest of your life?"

Angie is a receptionist at the Whale Wash. She is good friends with Oscar. 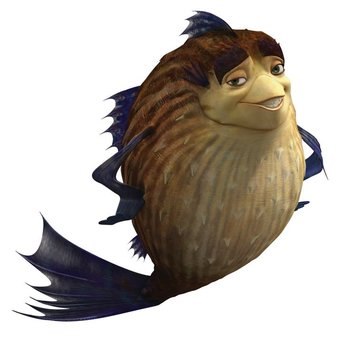 "Now I have to pay Don Lino protection, so everything you owe me, you owe him!"

Sykes is the owner of the Whale Wash. He is secretly a loan shark to Don Lino. 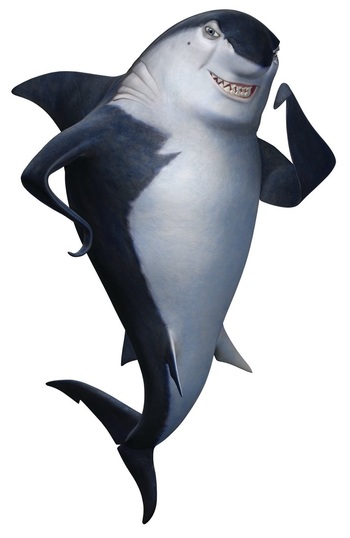 "My Lenny is a killer, you hear me? A cold-blooded killer! Look at him!"

Voiced By: Robert de Niro (movie), Jim Meskimen (games)
"I've been runnin' this reef since before you was born. And if you thought a guy like me can't get to a guy like you, guess what? Ya thought wrong."

Don Lino is the head of his great white shark gang. He cares a lot about his two sons, Frankie and Lenny. 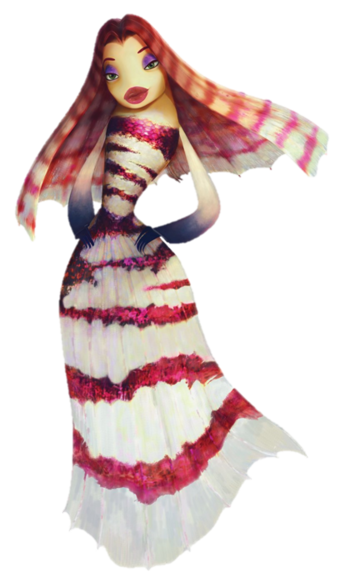 Lola is a lionfish who is very provocative and is attracted to fish who are rich. 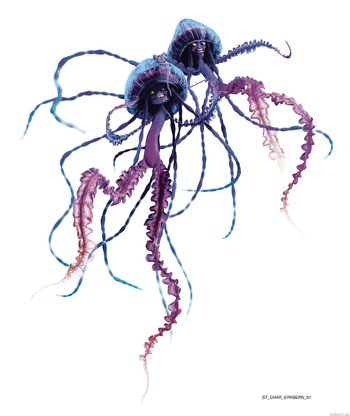 Ernie and Bernie are two Jamaican jellyfish twins who work as bodyguards/enforcers for Sykes. They later become Oscar’s friends, after previously bullying him. 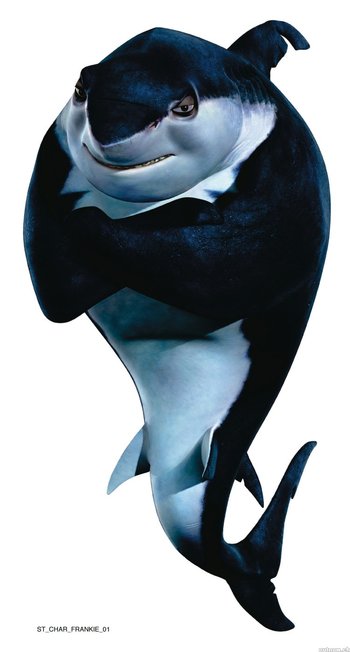 "Sorry, pop. Lenny had a little accident. He was born!"

Frankie is the first born son of Don Lino and Lenny's older brother. He was killed by an anchor, but Oscar takes credit for his death, setting the plot in motion. 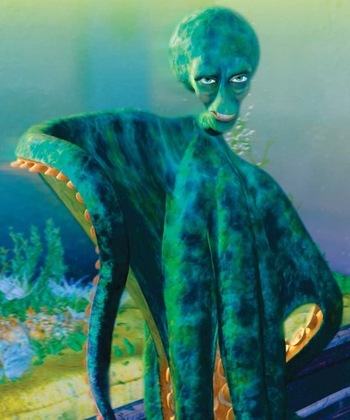 "Hi, Boss! What're you doing working at a pizza joint?" 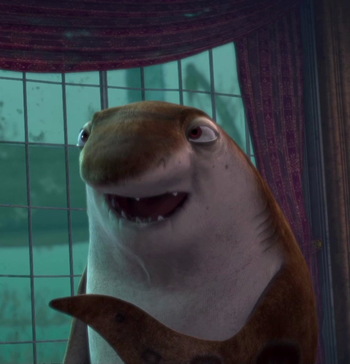 "He's from the Southside Reef. That's all we could dig up."

Don Ira Feinberg is the Don of a group of leopard sharks and a great friend of Don Lino.