Characters / The Secret of NIMH 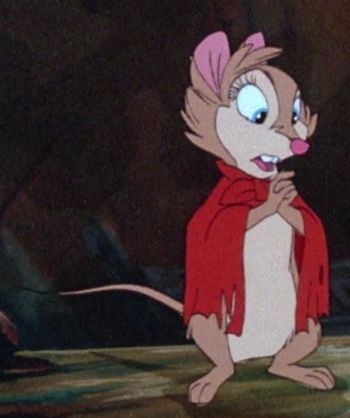 "I would do anything for Timothy. Anything."
Voiced by: Elizabeth Hartman (original movie), Debi Mae West (sequel) 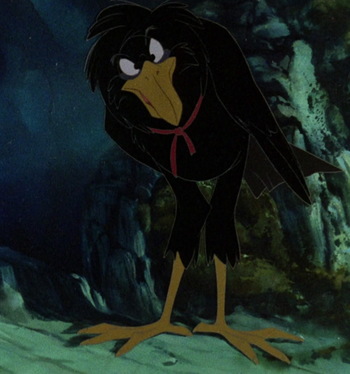 "Excuse me, pardon me.."
Voiced by: Dom De Luise

Jeremy is a bumbling crow and a friend of Mrs. Brisby's. 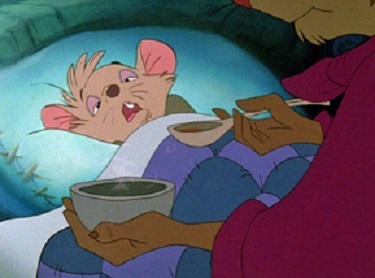 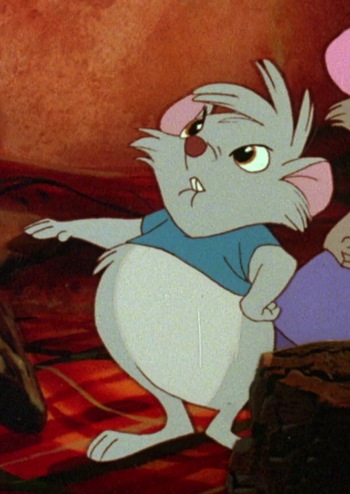 Martin Brisby is the strongest and the eldest son (and second-eldest child) of Mrs. Brisby. 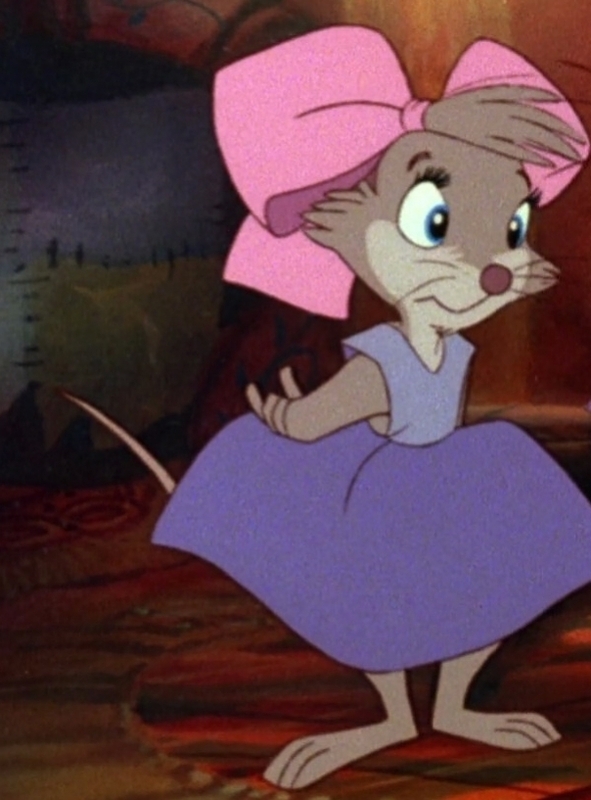 Teresa Brisby is the eldest of Mrs. Brisby's children. 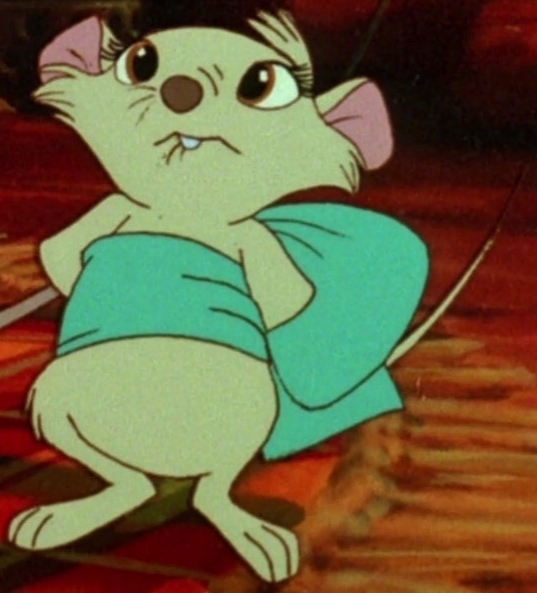 Cynthia Brisby is the youngest one of Mrs. Brisby's children. 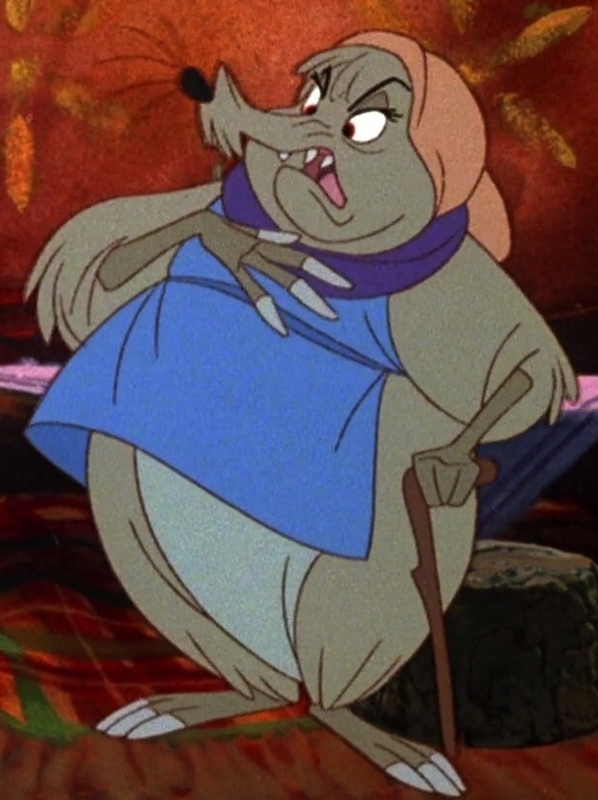 "Why me, that I alone should be responsible for the welfare of the entire field? It's monstrous!"
Voiced by: Hermoine Baddeley (original movie), Doris Roberts (sequel)

Auntie Shrew is the baby-sitter for Mrs. Brisby's children. 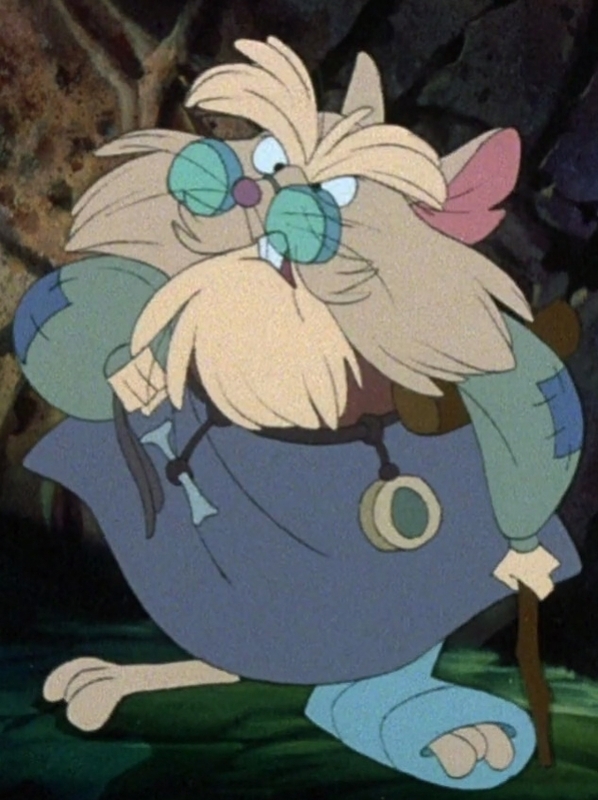 "Now that is an emergency."
Voiced by: Arthur Malet

Mr. Ages is one of the two surviving mice of NIMH (the other being Jonathan Brisby) who lives in the Fitzgibbons farmland and is well-acquainted with machinery and medicine. 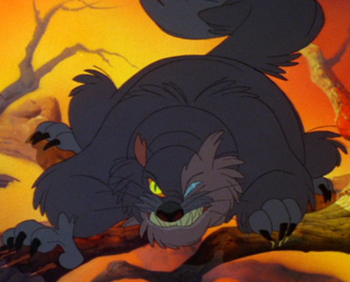 Voiced by: Frank Welker
The corpulent, beastly cat of the Fitzgibbon family.
The Great Owl 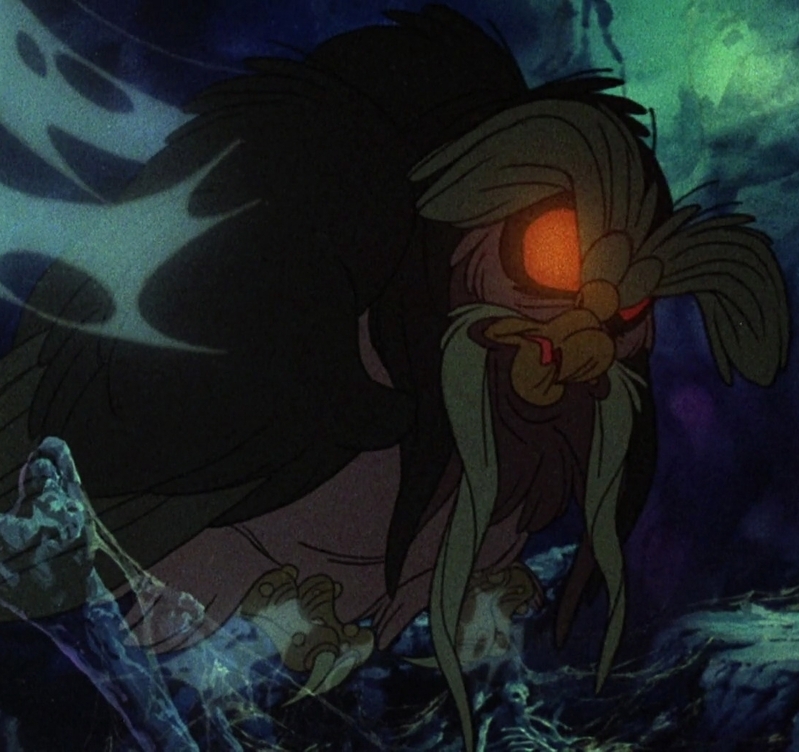 "Why have you come?!"
Voiced by: John Carradine
A wise, ancient owl who is seen as something of an oracle by the other woodland creatures.
Farmer Fitzgibbons 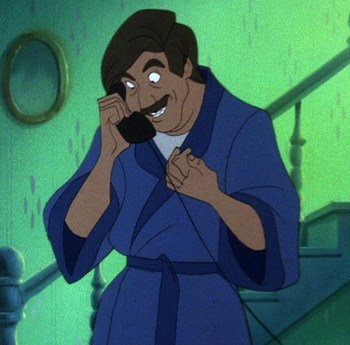 Voiced by: Tom Hatten
The owner of the land that the Brisby family and the Rats of NIMH are currently living on. 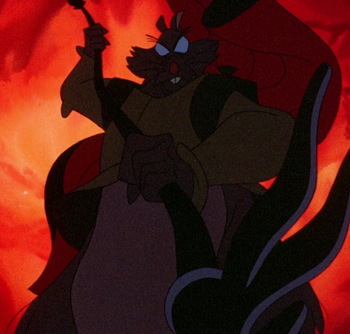 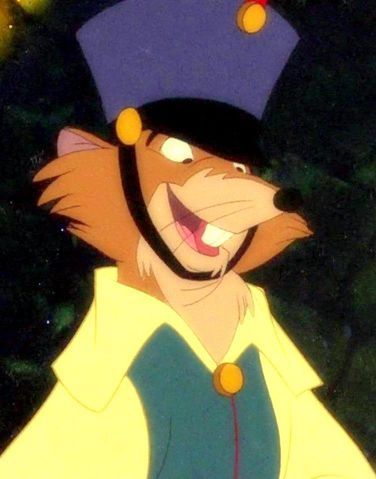 "Sorry. We tend to take ourselves a little too seriously."
Voiced by: Peter Strauss (original movie), William H. Macy (sequel)
A noble, chivalrous soldier who serves as Captain of the Guard for the Rats of NIMH.
Nicodemus 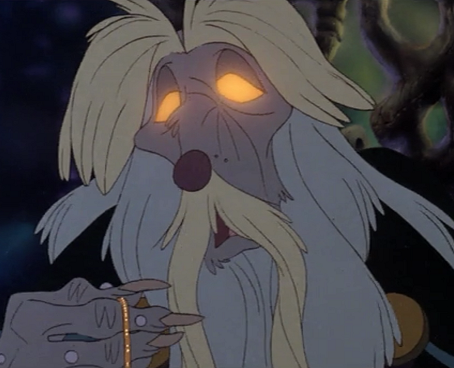 "We can no longer live as rats. We know too much."
Voiced by: Derek Jacobi

Nicodemus is an old prophet and the wise, mystical leader of the rats. 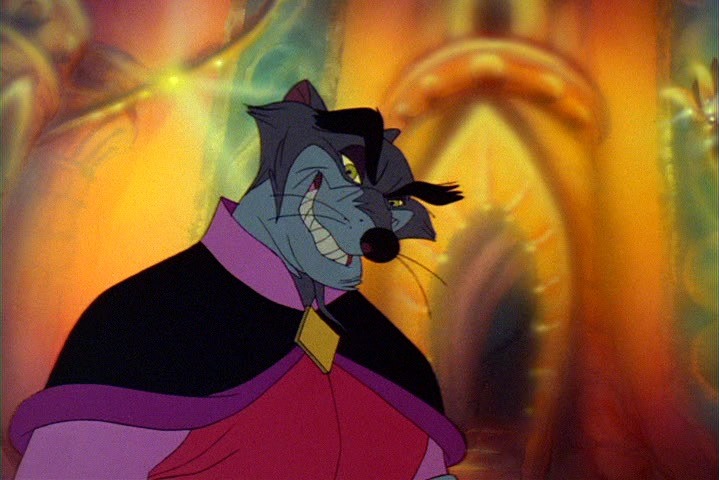 "No taste for blood, huh? They've taken the animal out of you."
Voiced by: Paul Shenar
A political rival of Nicodemus who seeks to claim leadership of the rats for himself.
Sullivan 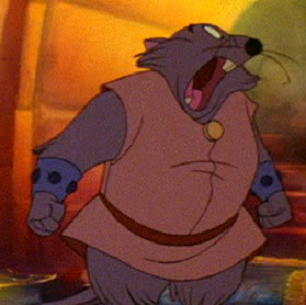 Voiced by: Aldo Ray
A rat senator who reluctantly aids Jenner in his coup against Nicodemus.
Jonathan Brisby 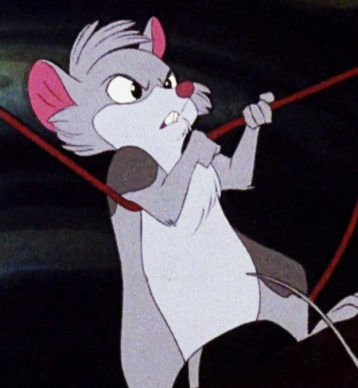 Voiced by: N/A
Mrs. Brisby's late husband, and one of the few mice to survive the escape from NIMH.
NIMH
Voice by: N/A
The National Institute of Mental Health, a biomedical research agency for the United States government, responsible for the creation of the Rats and Mice of NIMH.
Jenny McBride

Voiced by: Hynden Walch
A female mouse from NIMH 2 who goes on a quest with Timmy to save her imprisoned parents.
Cecil 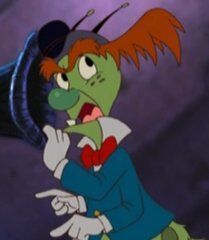 Voiced by: Meshach Taylor
A caterpillar from NIMH 2 who is a con artist but helps Timmy and Jenny on their quest to NIMH.

Alternative Title(s): The Secret Of NIMH 2 Timmy To The Rescue