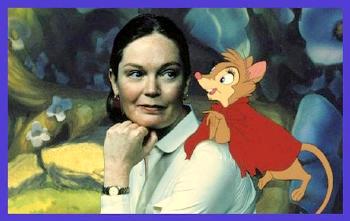 Mary Elizabeth Hartman (December 23, 1943 – June 10, 1987) was an American actress, best known for her Academy Award-nominated screen debut in A Patch of Blue and for voicing Mrs. Brisby in The Secret of NIMH.

During her career, she worked with such talents as Sidney Poitier, Geraldine Page, Clint Eastwood, and many others.

She committed suicide in 1987 by leaping from the window of her fifth floor apartment.

Her film and television roles include: