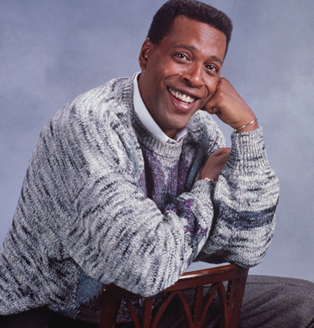 Meshach Taylor (April 11, 1947 – June 28, 2014) was an American actor. Taylor was best known for his role as Anthony Bouvier on the sitcom Designing Women for the entire run of the series. Taylor also is known for acting in film and tv series such as Mannequin and Ned's Declassified School Survival Guide.

Taylor first discovered his love for acting while in high school and went to college to study the dramatic arts. While spending time as a radio host and reporter in Indianapolis, he was still acting in theater and his first big break was acting in the national tour of Hair. He continued to act in theatre and in film and television, and after a well-received turn in the short-lived series Buffalo Bill, he was cast as Anthony Bouvier in Designing Women in 1986, a role he played for 7 seasons. After Designing Woman, Taylor continued to act on stage and screen, such as in the series Dave's World and Ned's Declassified School Survival Guide.

Taylor passed away on June 28, 2014, after battling colorectal cancer. He is survived by his wife actress Bianca Ferguson, his four children, and four grandchildren.