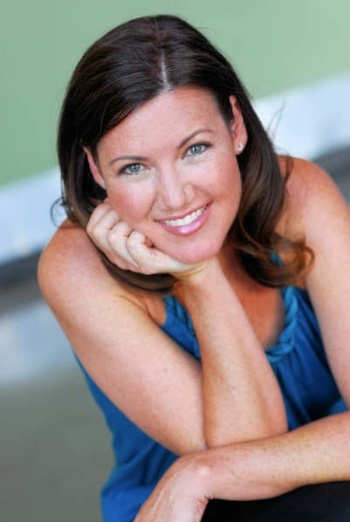 Someone once told me the grass is greener on the other side...
Melissa Femling (born November 20, 1970), known professionally as Melissa Disney, is an American voice actress known for providing the voices of Ginger from As Told by Ginger, Courtney Gears from Ratchet & Clank: Up Your Arsenal, and Elora from Spyro 2: Ripto's Rage!. She is known for her excellent impression of Renée Zellweger, which made her provide the voice of Zellweger's characters in video games.
Advertisement:

In case one was wondering about her stage surname, she has claimed to be a distant relative of Walt Disney's family, though the exact details are not known.