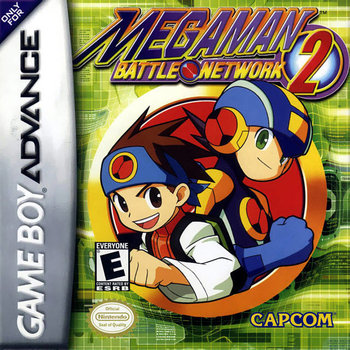 Three months after the previous game, a new criminal organisation known as Gospel is on the rise which created a powerful virus. Lan and MegaMan.EXE now must stop them.

This game introduces the SubChip system. They can only be used outside of battle, but provide useful functions such as healing, unlocking locked mystery data, or altering the encounter rate. It also features Style Changes, the first of the transformation types used in the series. Style Changes can alter MegaMan's elemental affinity and Charged Shot and provide passive effects in battle, and are unlocked over time based on your playstyle.

Other features implemented in this game include the alteration of the Custom Screen, improvement of the Add function, and introduction of the wildcard *-code to make combos easier to execute.