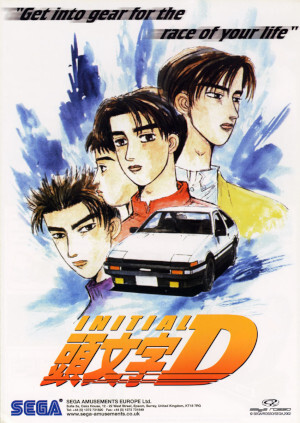 A popular series of competitive racing games for the arcades by Sega, based on the Seinen manga and anime series Initial D.

Currently the latest installment of the series is Initial D The Arcade, another major Retool after Initial D Arcade Stage Zero made a major formula change to the series. Changes including 4-player battle and revised menus.