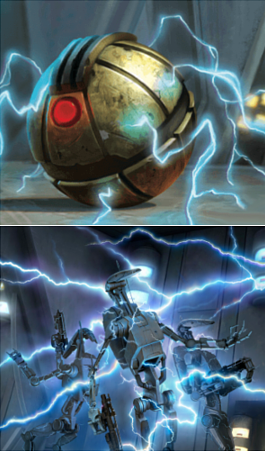 This bomb gives a shocking surprise!
Conventionally, bombs are associated with Stuff Blowing Up, but then there are special ones with different effects.
Advertisement:

Those who Throw Down the Bomblet may pack some of these in their arsenal. Compare and contrast with some Booby Traps. See also Grenade Tag and Trick Arrow.