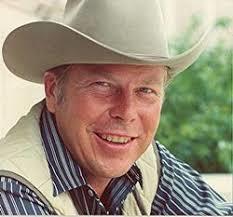 Albert Salmi (March 11, 1928- April 22, 1990) was an American character actor. He appeared in over 160 film or television productions in a career that lasted from the mid-1950s to the late 1980s. His first film was the 1956 television adaptation of Bang the Drum Slowly in the lead as Bruce Pearson, followed by the 1958 adaptation of The Brothers Karamazov in which he played the part of Smerdyakov. His role as a villain in The Bravados led to him frequently being cast in westerns. Salmi appeared in three episodes of The Twilight Zone (1959) as well as shows such as Petrocelli (in which he was a regular), Lost in Space, Hawaii Five-O, Alfred Hitchcock Presents, Route 66, That Girl, The Fugitive, The A-Team, Knight Rider, Dallas and Knots Landing. His stage work included a stint on Broadway and in London as the lead in Arthur Miller's The Price.

Salmi's lengthy career has perhaps been overshadowed by the tragic circumstances of his death. In February 1990, he and his second wife Roberta separated. Roberta claimed that Albert was an alcoholic who became physically abusive towards her when he drank and went so far as to take out a restraining order against him. On April 23, 1990, Albert and Roberta's bodies were found in their home. Albert had apparently been suffering from depression and shot Roberta before turning the gun on himself.