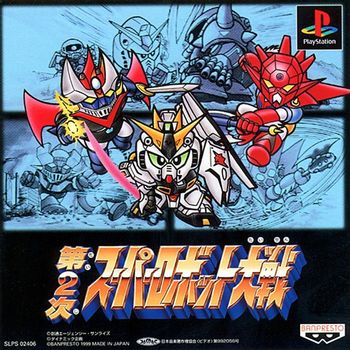 2 began what most fans call the "Classic Timeline", to wit, the "Divine Crusaders War" (DC War) is the primary focus of the game. When alien technology is discovered by a scientist named Bian Zoldark, who studies it and informs the government of the potential threat that will occur unless the world is fully prepared for it. Unfortunately, Bian's words are not taken seriously, thus he creates the "Divine Crusaders", with the intent of conquering The Federation, jolting the government's attention towards Bian. Enter the heroes and the first of many Original Generation characters and Mecha, who wind up becoming part of the DC War, but also Bian's hidden machinations.

A Fan Translation of the original Famicom version was released by Aeon Genesis..