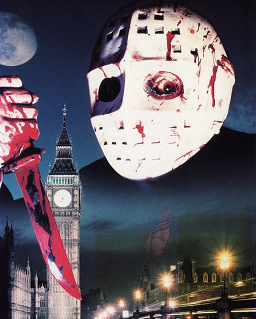 Jackson is a typical Slasher Movie killer; he's a man with a deformed face hidden by a hockey mask, and who brutally murders young people. His career is also chronicled by The Hand of Death film series. One day, his world turns around when he falls in love with a blind girl named Shelly, and starts questioning his way of life.