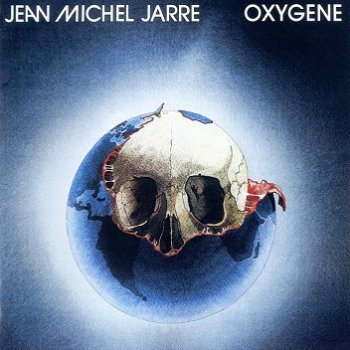 Oxygène, released in 1976, is the third studio album by French electronica musician Jean-Michel Jarre. The album acted as his domestic and international commercial breakthrough at the time, having previously done small stints with smaller bands, ad spots, and soundtracks, all of which funded his building of an at-home studio, a fierce rarity at the time. The album as a whole was very influential in the development of Electronic Music.

Jarre opted to release the album on Les Disques Motors, a small jazz label affiliated with Polydor Records that didn't have much concern about making its artists into international superstars. Contrary to expectations, the album was a massive commercial success, topping the French Albums chart and peaking at No. 2 in the United Kingdom, not to mention going platinum both there and in Canada and gold in France, Germany, and Poland.

Oxygène was supported by two singles: "Oxygène (Part IV)" in the UK and "Oxygène (Part II)" in France. In 1997, a bit more than 20 years after the release of the original, a sequel album was released called Oxygène 7-13. In 2007, Jarre re-recorded the entire album from scratch as Oxygène: New Master Recording, commemorating the original's 30th anniversary (in the vein of Mike Oldfield's 2003 version of Tubular Bells); it would be his only album on EMI, owed to the label's initial dissolution in 2012. Another "sequel", Oxygène 3, came out on December 2nd, 2016, precisely 40 years after the original, increasing the number of "parts" to 20.

Breathe deeply before reading these tropes...