Film / Dumb and Dumber To 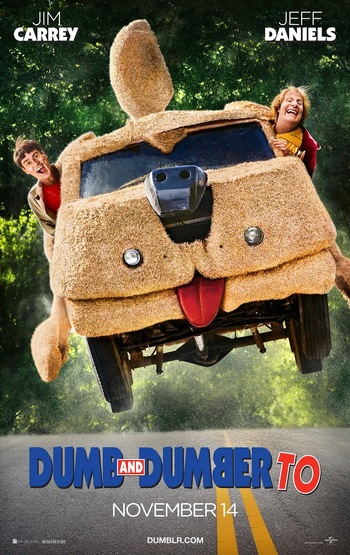 They're back and dumber than ever.
Advertisement:

Written and directed by The Farrelly Brothers, it reunites the two stars of the original, Jim Carrey and Jeff Daniels, as Lloyd Christmas and Harry Dunne, respectively. The plot sees the two dimwitted heroes go in search of Harry's long-lost daughter so that Harry can obtain a new kidney. The first trailer premiered on The Tonight Show Starring Jimmy Fallon on June 10, 2014. The movie was released on November 14, 2014, coinciding with the 20th anniversary of the first film.