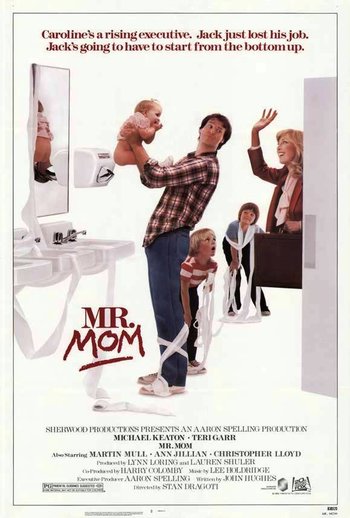 In the film, Jack Butler (Keaton) loses his job as an engineer at the Ford Motor Company, which gives his wife Caroline (Garr) the opportunity to work as part of an advertising firm. Jack eventually gets used to his new role as a stay-at-home dad taking care of his and Caroline's three children—their two sons, Alex and Kenny, and their daughter, Megan—while Caroline deals with her new boss, Ron Richardson (Mull).