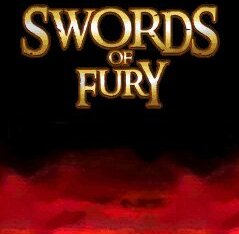 Swords of Fury is a J2ME Beat 'em Up (called a Hack and Slash by the developers) by Gameleons released in 2006. You play as Thardenis the swordmaster or Glapharoc the warlock and have to defeat ancient evil which has awakened after thousands of years. Go through 12 locations, find keys to secret gates, and see if you can emerge victorious.