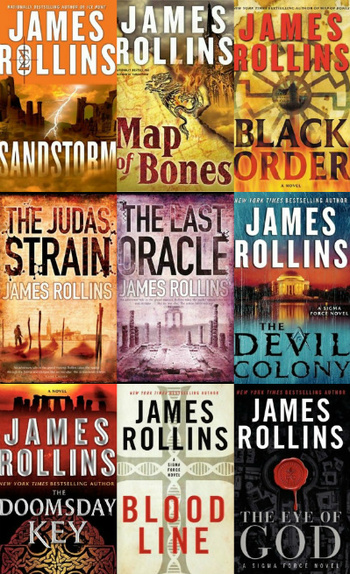 Sigma Force is a techno-thriller series by author James Rollins (a pen name for Czech-American Jim Czajkowski) chronicling the exploits of a covert special forces agency, recruited by the Defense Advanced Research Projects Agency (DARPA) for their incredible intelligence as well as fighting skills. Together the team goes on missions to investigate and secure discoveries, both technological and historical, that could hurt the United States and the world, which more often that not brings them to a clash with the Guild, a mysterious organization bent on world domination.