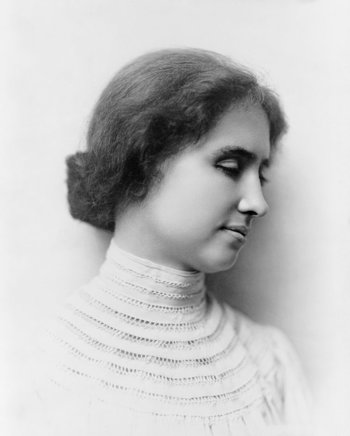 Helen Adams Keller (June 27, 1880 – June 1, 1968) was an American author, political activist, and lecturer who was the first blind-deaf person to earn a Bachelor of Arts degree. With the help of her mentor, Anne Sullivan, she was able to overcome challenges and worked as an advocate for people with disabilities.

Books she had written