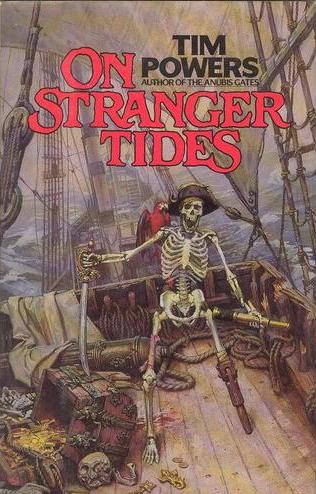 On Stranger Tides is a historical fantasy novel by Tim Powers.
Advertisement:

After the death of his father, John Chandagnac travels to America to track down a relative who stole his inheritance, but his quest is derailed when the ship he's travelling on is attacked by pirates, and he becomes embroiled in a search for the Fountain of Youth.