Literature / Hide Me Among the Graves 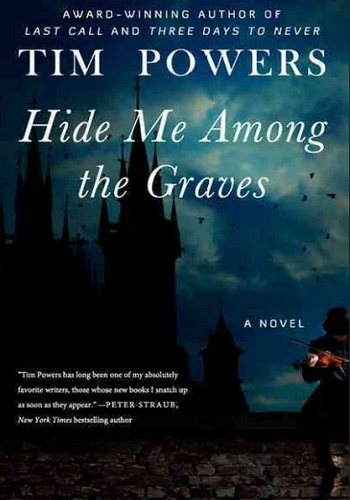 Hide Me Among the Graves is a 2012 historical fantasy novel by Tim Powers.
Advertisement:

It is a sequel to The Stress of Her Regard, and likewise features the nephilim, ancient creatures who inspired humanity's legends of muses and vampires. The nephilim can offer immortality and poetic inspiration, but at a price: they are vampires, and while they do not directly harm their human hosts, they are jealous "spouses" and will kill their hosts' families. In this sequel, their hosts include the poet Algernon Charles Swinburne and several members of the Rossetti family (which included the painter Dante Gabriel Rossetti and the poet Christina Rossetti, whose poem "Goblin Market" is here said to have been inspired by her first encounter with the nephilim).

Christina Rossetti is one of the main viewpoint characters; another is John Crawford, the son of the protagonists of The Stress of Her Regard.