Film / From Dusk Till Dawn 3: The Hangman's Daughter 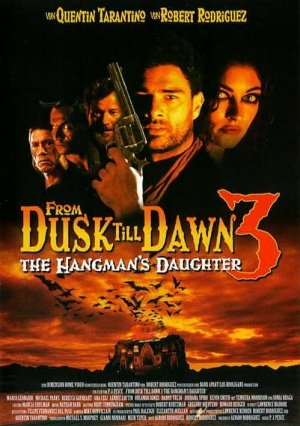 The film is set way in the past in the wild west. A bandit makes off with the titular character and flees into the Mexican desert where they come across the Titty Twister (a pueblo in this era), with a posse led by the girl's father not far behind.