Literature / The Gospel of Evil 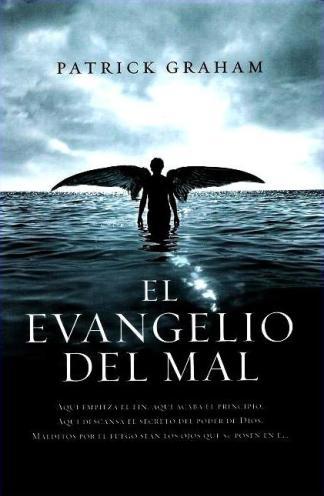 The truth is out there.
The Gospel of Evil ("L'Évangile selon Satan") is a 2007 thriller/horror novel written by Patrick Graham. It became a best seller in France, Graham's native country, and won the prestigious Pris Maison de la Presse 2007.
Advertisement:

1348. In midst of the Black Death, a monastery consecrated to the preservation of ancient heretic books is being ravaged by a mysterious killer. Its mother superior, Sister Yseult, ultimately buries herself alive in order to protect a terrible secret.

Present day. Some years ago, a car accident destroyed the life of Marie Parks and gave her mediumnic powers in return. Now she hunts serial killers for the FBI, where she has the reputation of both a ruthlessly efficient agent and a troubled young woman. However, when she crosses paths with a mystic killer known as Caleb during an investigation of the latter's tracks in Maine, she gets thrown into a much, much darker revelation.

At the same time, an equally angsty Vatican exorcist named Alfonso Carzo is sent to the Amazonian forest, where he discovers that an ancient evil has awakened on Earth. He will be forced to confront the collapse of his own beliefs and, after teaming up with Parks, to unveil a mystery whose chilling truth threatens to destroy Christianity.

Not for the faint of heart, nor for excessively devout Catholics, but maybe for those who enjoyed The Last Temptation of Christ and would like an even Darker and Edgier story.

The novel was followed in 2008 by The Apocalypse According to Marie, which featured Marie Parks again.