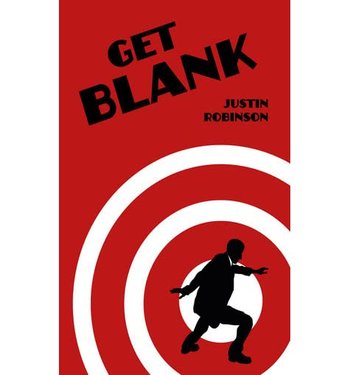 "I’m retired. So why am I running around LA, trying to dodge every conspiracy there is just to stay alive? Oh, right.
I’m me."
— Get Blank

. Our Hero, now going by the alias Robert Blank, is retired and trying to separate himself from the Information Underground when his girlfriend is framed for murder. Now it's back into the insanity, dealing with the Russian Mob, two dangerously mad movie stars, and several underground cults to clear her name. At least Bigfoot is on his side.

Get Blank provides examples of: